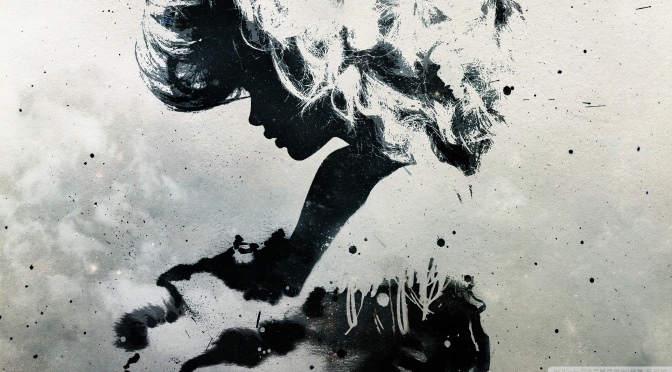 Having grown up in a middle class family in urban India, surrounded by doctors and engineers and teachers, it is no surprise when I tell people that I want to be a doctor.

Being fairly good at studies, with a distinct passion for pursuing the Biology stream, that is the very idea I’ve grown up with and if I bother to look away from it, I’d choose to be a diplomat any day.

In an one interesting conversation on a Friday evening, a family friend asked me why didn’t I choose my parents profession-banking. To which, the answer was very simple. Both of them being government employees have a tremendous amount of responsibility on their shoulders. I’ve watched them work from 9 to 6, theirs eyes glued to computer screens, meeting people, signing documents and calling their head office every now and then. Though the benefits offered in a government job are aplenty, one thing that disappoints me is that they don’t have flexible hours and they don’t have many holidays too.

For most part of our lives, my brother and I have spent weekends watching the reruns of old movies on HBO, munching on junk food and waiting for Mom and Dad to return home. Though I’ve never “hated” their job, I don’t share that much of a liking for it. For I’d prefer a job with flexible working hours in which I can laze back awhile at home and pen down a good story or two. Plus, in the competitive country that I live in, engineering and medical studies are the most preferred career options and I’d be lying if I say that doesn’t have a slight influence on my decision.

In between light jokes and munching on snacks, I asked him what he wanted to become. He was then in his twelfth grade, pursuing the Science stream.

“I want to be a banker,” he replied, rather silently.

For a second, I found myself lost. I couldn’t figure out what to say. Even before he had answered, I had mentally told myself that he’s going for engineering, preferably involving the IT sector because that is what most students wanted to do after completing their twelfth grade.

“Banker? Really?” I found myself smiling. His reply ignited something in me. His reply was new. His reply was honest. It wasn’t like he was being dragged away by the wave. He stood far away from the shore, grounded and with a firm dream.

“Engineering, what about it?” I asked.

His words stayed with me for long.

His simplicity overwhelmed me. The simplicity of the dream he carried. And I suddenly felt inferior.

I saw it everyday, in every home, in every class, students succumbing to the expectations of their parents and the society. One of my friends wanted to become a fashion designer, but she didn’t have enough courage to tell her parents about it. Though she did somehow, her parents still asked her to pursue engineering and then think about fashion designing. They told her that her job won’t pay as much as engineering. In a similar case, another friend of mine who wanted to become a journalist, found herself pursuing the medical stream because her family didn’t support her choice of a career.

It makes me sad to say but it has become the latest trend among students – pursuing engineering or medical studies. Anything less, then the society feels that you are not a good student. I’ve seen people become victims of depression because they couldn’t clear the competitive exams. Of those who clear them, not many have that much passion to pursue the stream.

Little dreams get lost among the complexity of it all.

It pleased me to see him holding on to that dream when the people around him were dreaming even bigger.

The little, hungry child at the end of the road dreams of having a little cake in his birthday, while the teenager in his room, surrounded by gadgets dreams of having the newest phone launched in the market. To each one of them, it is a big dream. It is a dream that glimmers in their eyes and they wish to reach out and grasp it. To the teenager, the birthday cake may look like a small dream, but for the poor, little kid, it is like the biggest dream.

The beauty lies, not in the size of our dreams, but in the simplicity of it, in its uniqueness. The beauty is in sitting back and watching a little kid talk about how he dreams of flying someday. The beauty is in watching people dream – of how their dreams know no boundaries; of how they dream of owning a chain of hotels while some dream of only having a roof over their head. Dreams big and small.

“Hold on to that dream. Don’t ever let that go,” I told him. “Even if you see your friends talk about aiming for even better professions, don’t let that persuade you into believing that your dream is small and it doesn’t matter. Their dreams may be bigger. But yours is beautiful. Have courage to hold on to that dream.”

Since that day, each time I meet a person, I ask them about their dream. It inspires me. It amazes me to hear then talk about their dreams. And once upon a while, I hear a dream like that of his and I find myself feel happy about it.